The Dallas Cowboys QB Dak Prescott is on a mission. The QB known as “D4K” is making a big comeback following a series of setbacks, including a devastating ankle injury that ended his season last year. Now, he and the Cowboys are mounting a charge, while being featured on HBO’s “Hard Knocks,” and rallying to make a run at the Playoffs. Meanwhile, Dak is soaring to new heights — on the cover of Sports Illustrated, and signing to the exclusive Jumpman brand — the only Quarterback to carry the name.

With Dak Prescott’s comeback there’s a lot of emotional response from his fans, his club and himself. Seeing him grow stronger from his downfalls and reunite with his team has a feeling that’s difficult to describe, fortunately enough, that’s where modern technology comes in.

Using the latest NFT technology the visuals adapt to Prescott’s performance. While you’re watching a Dallas Cowboys game; card designs change from an icy, tense, dark and mysterious design with Dak’s figure standing, yearning for better days to a scene where’s Prescott’s in the middle of an important ball pass or even to a victorious, fiery and monumental cheer together with his teammates.

This headline-making NFT is a first in Ethernity’s collection and is only available to a limited number of buyers.
A technological feat where Ethernity’s developers have coded special blockchain-based attributes that will make this NFT like no other.

This “Common” edition joins the ranks of Ethernity’s current and former legendary athletes leaving an indelible lasting legacy in their sport and more. 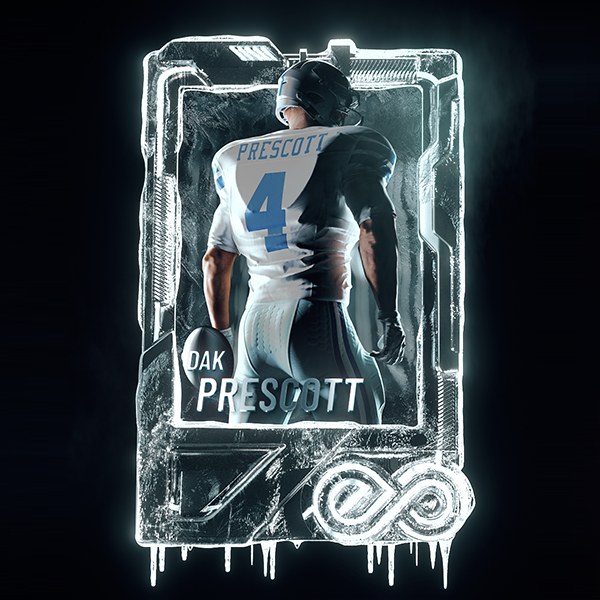 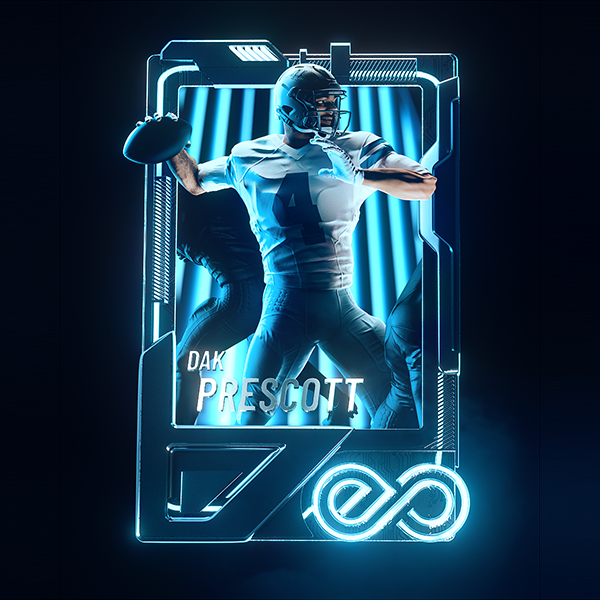 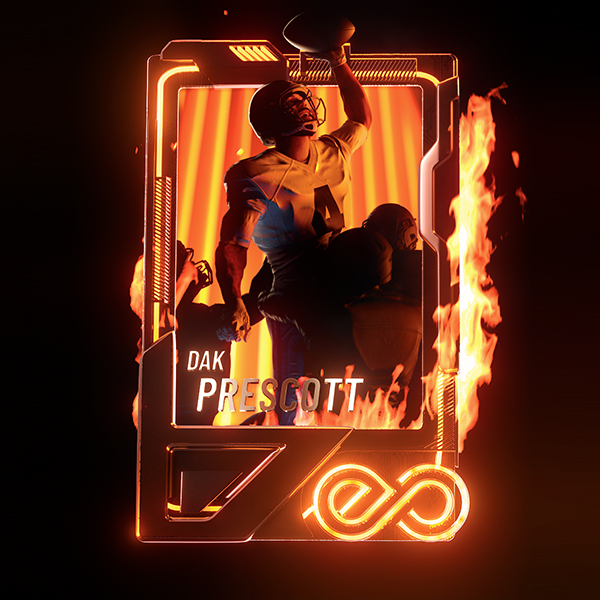 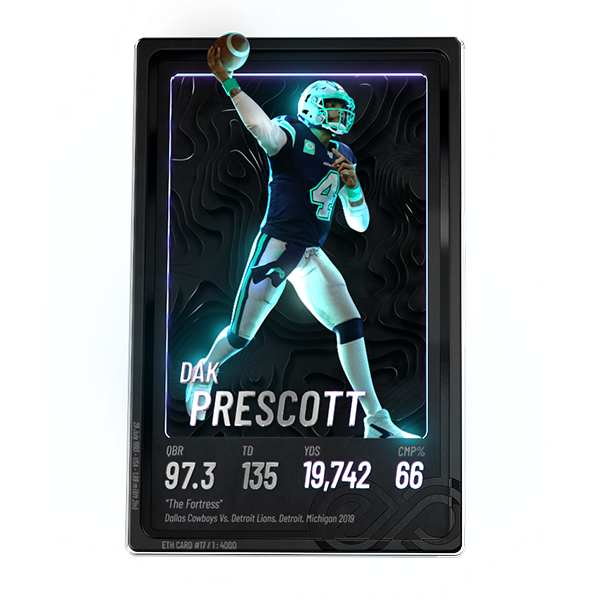 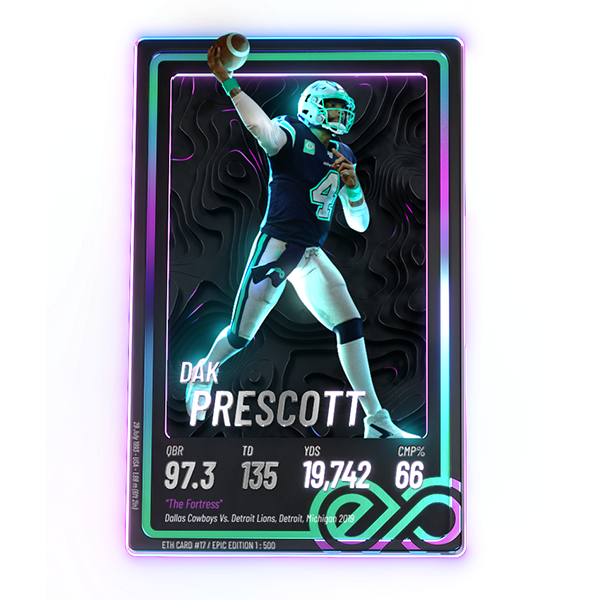 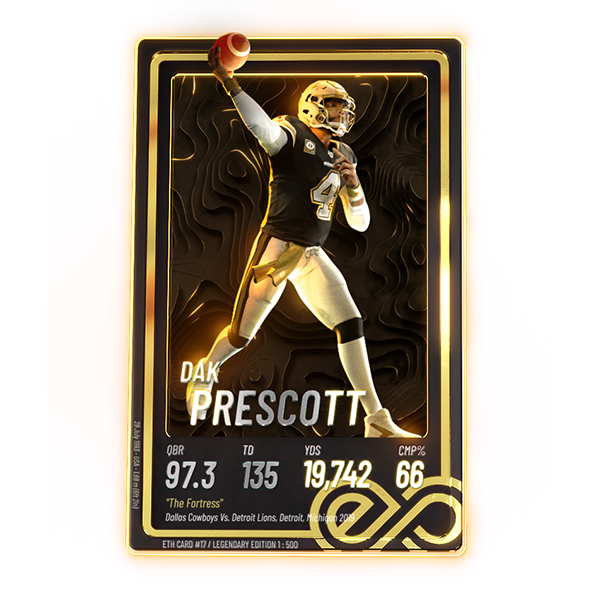