As of March all concerts are put on hold; a lot of employees of the event sector have lost their jobs. Lauterwerden is a virtual charity festival sponsored by T-Mobile to help event workers through donations.

The full festival is viewable for a year on the festival sponsor’s website https://www.magenta-musik-360.de/lauterwerden.

Utilizing the latest mixed reality technology all of germany’s top bands will perform in their own virtual worlds.

In cooperation with Prismax (be) we’ve been faced in creating an ambitious virtual live festival featuring 11 artists.

As a virtual festival this size has never been done live before, development had to be done largely on location adding an extra challenge within the development period of two weeks.

3D assets and set design were created externally as our main task was Unreal Implementation and Optimalization. The setup of “Eskimo callboy”, “The Boss Hoss” and several smaller scenes were developed by us including assets.

A huge cuboid led wall with 4 motion tracked camera’s were present on set resembling the setup used in the Mandelorian movie. The setup was a technological leap from our previous greenscreen studio sessions and a great experience.

Our main task was to implement assets into Unreal and recreate the look of renders created by a third party. Two performing artists that were added shortly before the launch of the festival were fully developed by us.

We’ve implemented external and custom 3d Assets into 13 unreal scenes based on Ikarus’s design. Afterwards we created the lighting and environment design per setup.

Together with Prismax and the festival’s lighting operators we’ve made sure a lot of elements (sky, lights, texture color) were DMX controllable. 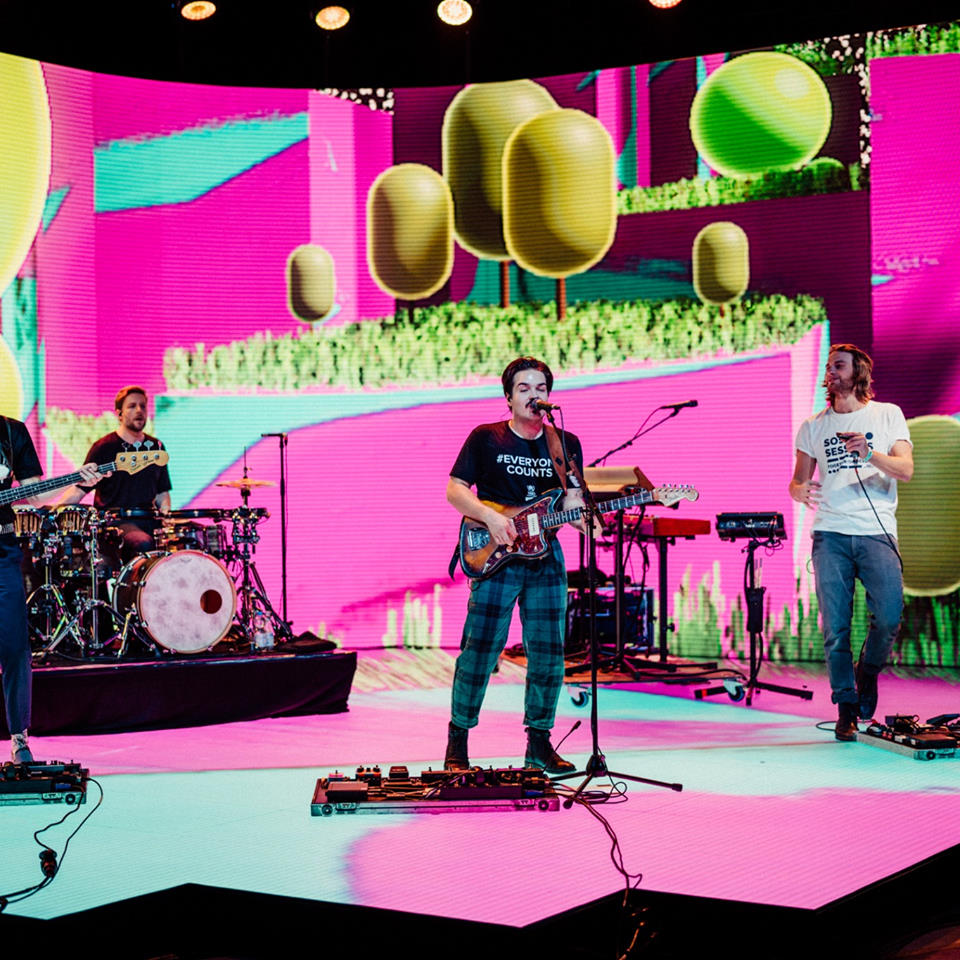 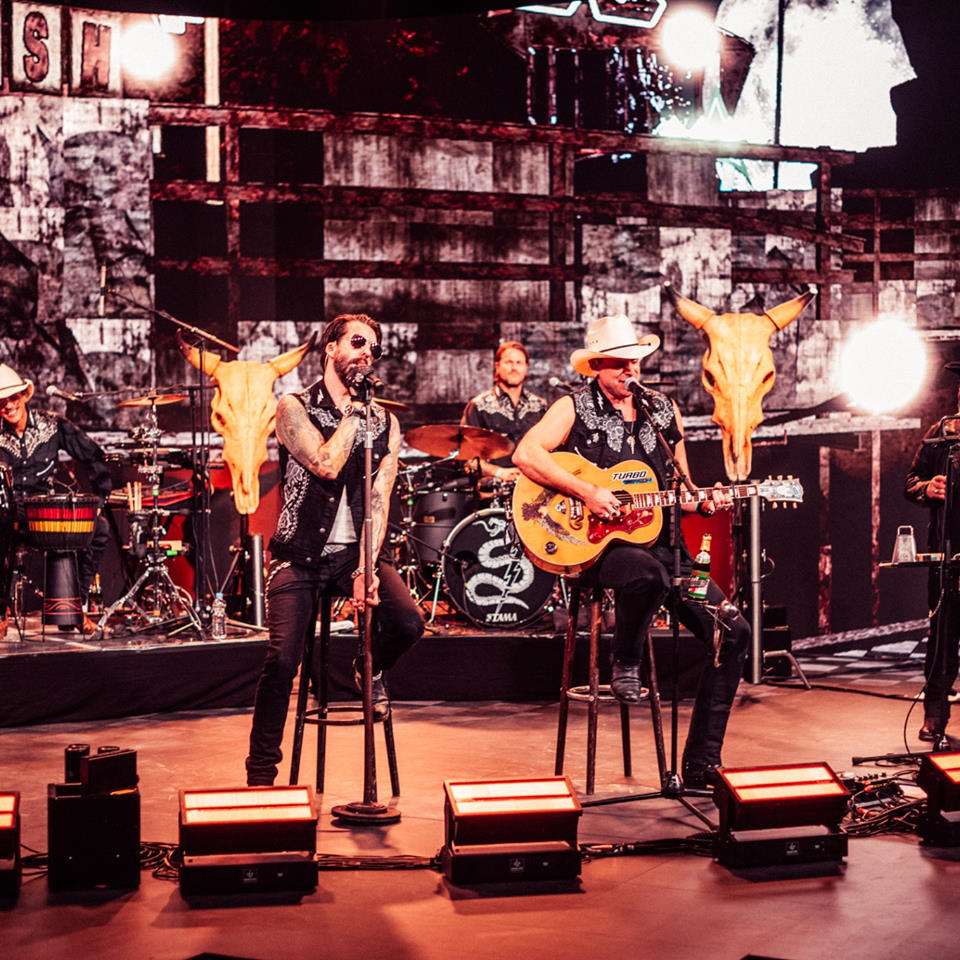 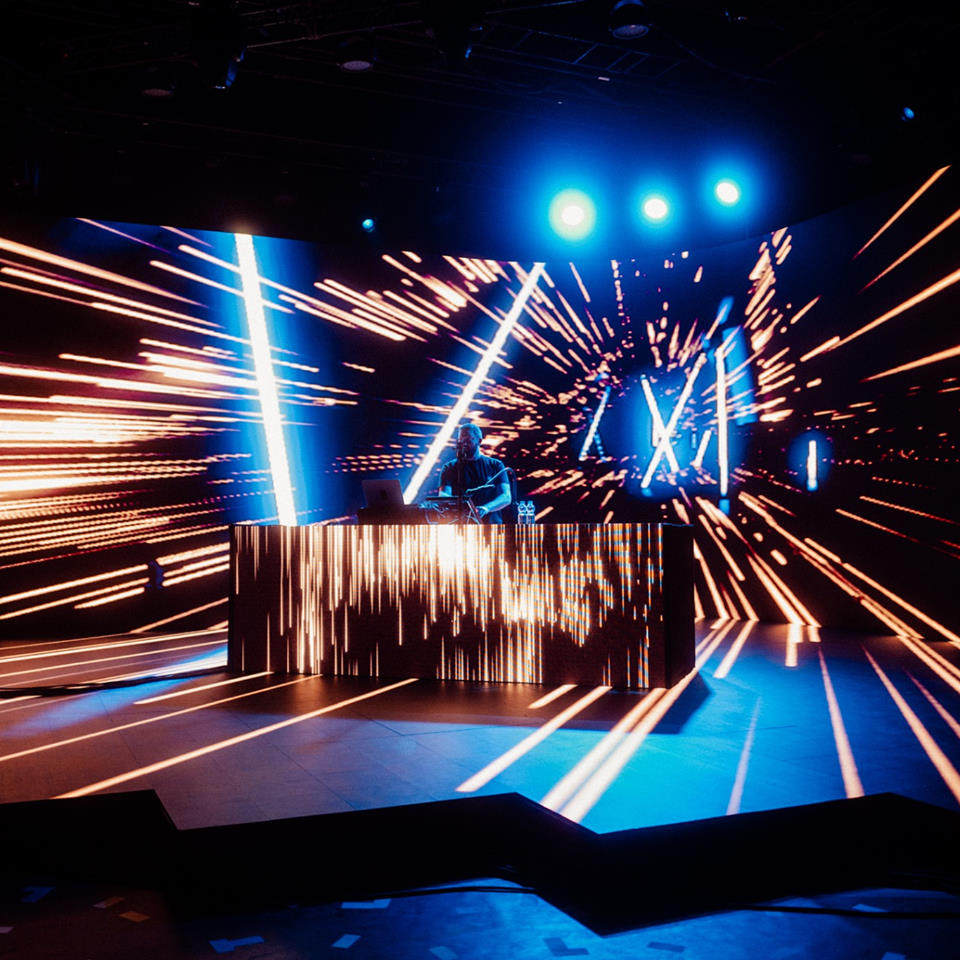 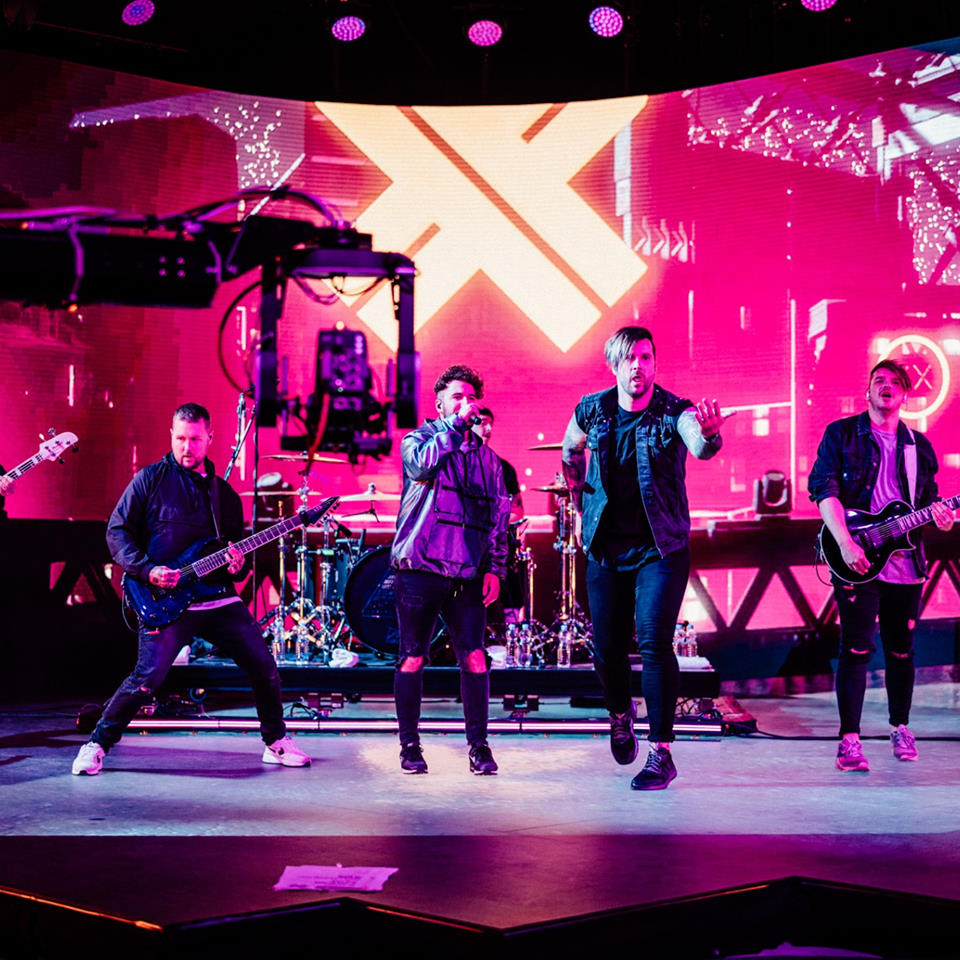 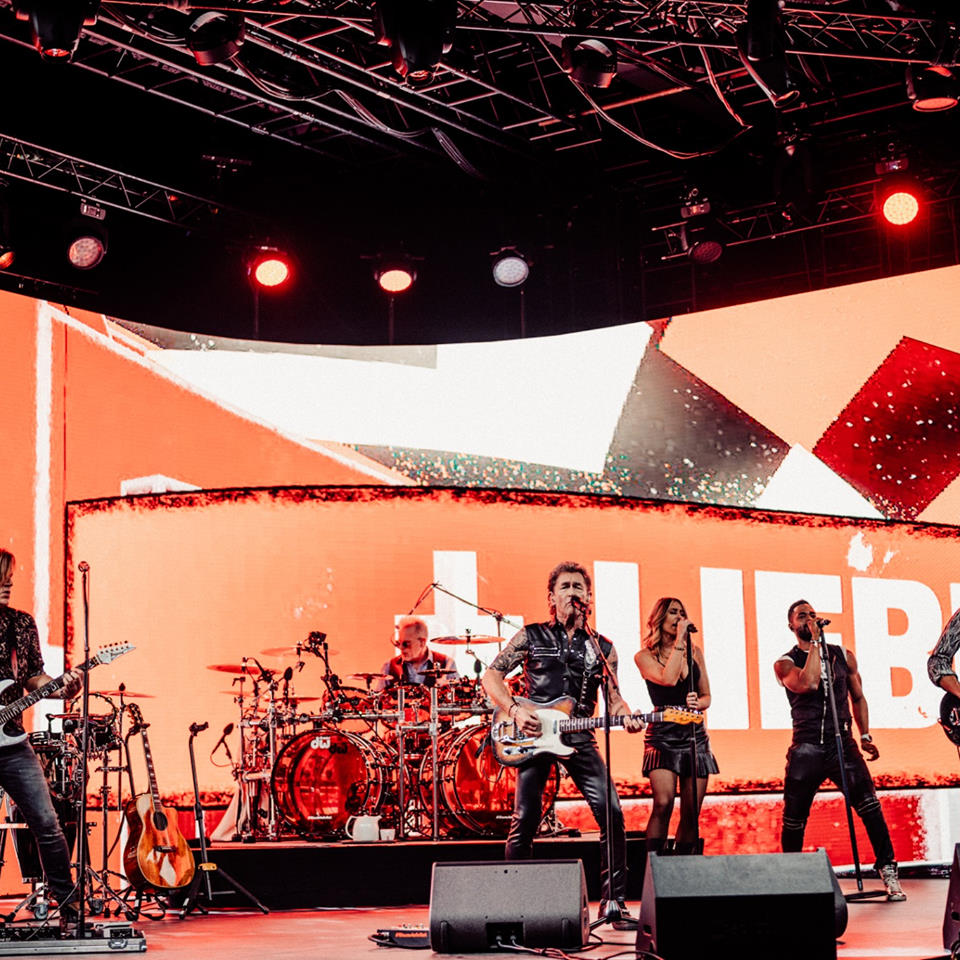 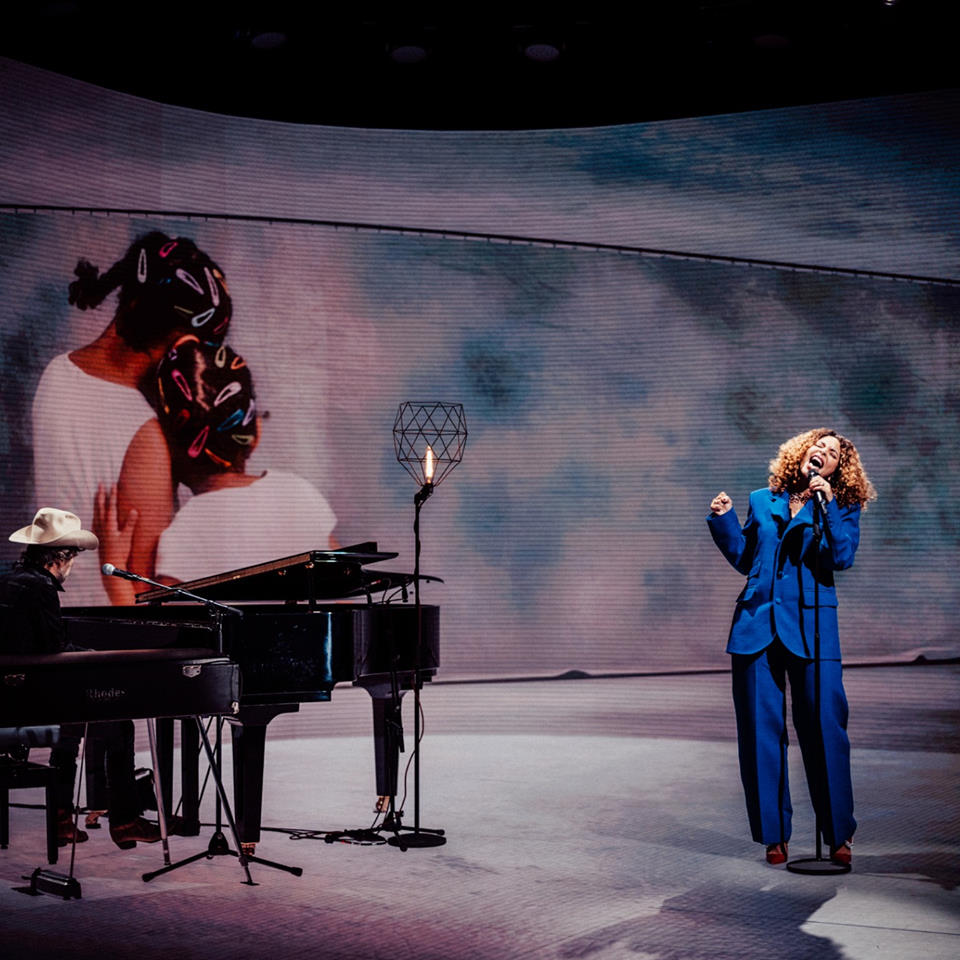 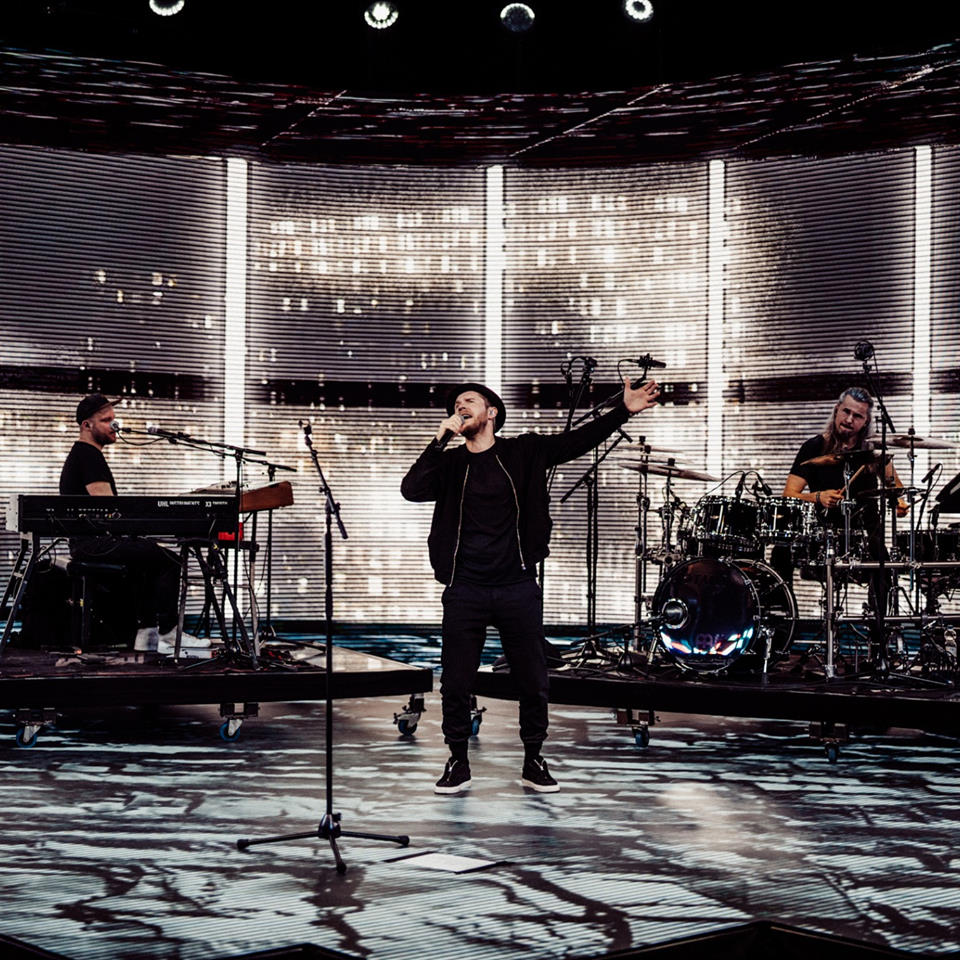