Pelé – the King of Football NFT

“Success is no accident” – says Pelé. And we feel the same way.

Pelé’s talent had him labeled as “The Greatest of All Time.” A World Player of the Century.

We are honored to bring to the community the first Pelé licensed NFT, in collaboration with Visual Lab. Exclusively on Ethernity Chain.

“Visualizing Pele’s story, meaning, and goal, how he has changed Brazilian football and acted as a beacon of hope for kids growing up in Brazil.’ is the story captured in the NFT “THE KING OF FOOTBALL.”

We have collaborated with Rafa Zabala, known for his sculpture work on blockbuster movies “The Hobbit” and “Planet of the Apes”, to create a hyper-realistic digital bronze bust that seamlessly blends between 1958 and 2021.

“The King of Football” features a nostalgic sunny afternoon in the suburbs of Brazil, the wind is blowing through the trees as a kid is practicing his shots on the worn mural behind a bust of our hero Pelé. The streets are as dusty as they were in Pele’s youth but perfect for refining your game.

As we dive into Pelé’s thoughts, the suburbs theatrically change into a stadium. Thousands of spectators are cheering moments before taking the shot on goal. A tense ambiance lingers in the air as the shot is taken. GOAL! The crowd cheers as confetti swirls down. Pelé scores!

Pelé has always been known for his trading card fame. Bicycle Pelé showcases the most renown soccer kick of all time, which Pelé made famous. These limited edition cards will be part of the Etherntiy Cards and Packs Collection launching in Summer 2021. 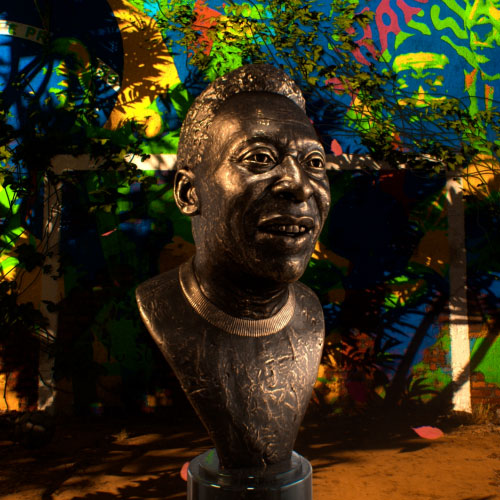 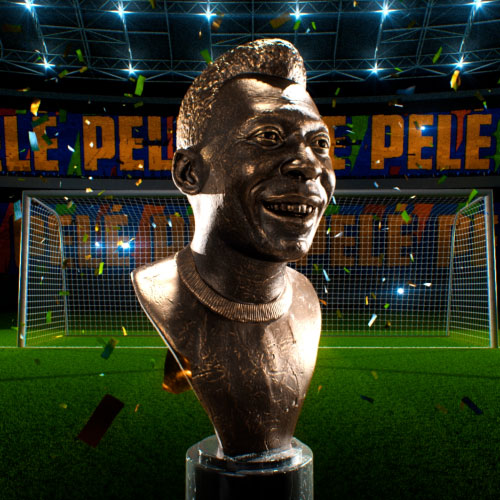 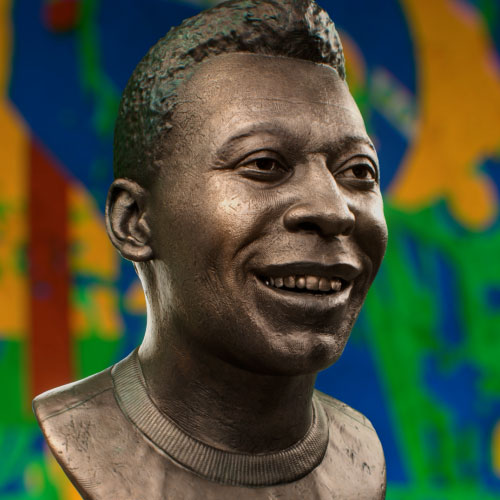 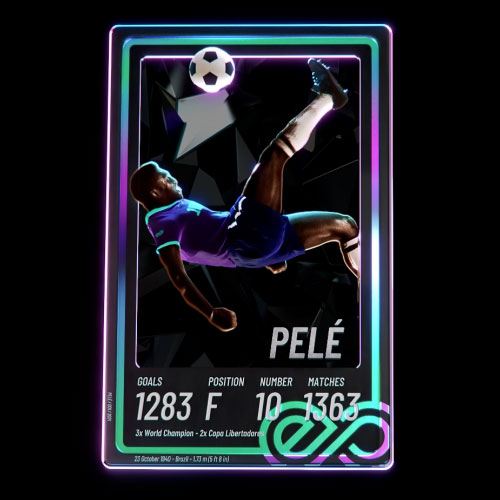 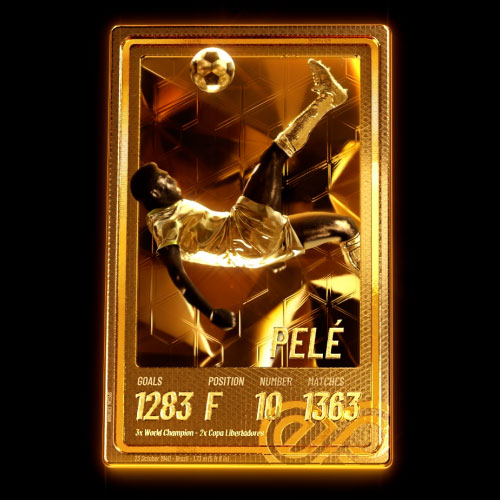